The year was 1967.  It was an era that had awakened to the dawn of a new time, a new generation of free thinkers, anti- establishment, and promoters of political and social change.  The Summer of 67’ tells the story of a young Canadian girl, Georgie, who is 18 and strives to find her place in the world, as far away from her parents’ generation as she can get.  This leads her on a journey beginning in Yorkville (Toronto) then to Greenwich Village (New York), and finally to Haight-Ashbury (San Francisco).

The “Summer of Love”, 1967, became the defining moment of the 1960’s.  With the great music from this year including groups like The Mamas and the Popas, The Beatles and The Turtles, to name a few. The Summer of ’67 will be featuring some well-known talent from the area, a few new and exciting discoveries, and features a live band.  It also incorporates multi-media and special effects, to take you back to the hippie movement, a melting pot of hip music, freedom, and creative expression. 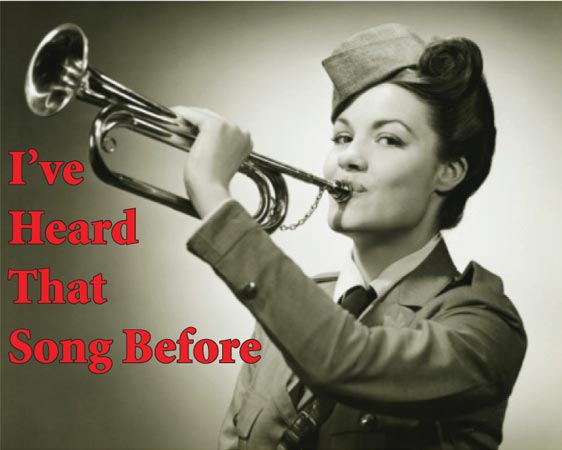 I've Heard That Song Before is a musical that pays tribute to the big bands that entertained the troops on the front lines during World War II.

There are two versions available for your theatre group to licence:

1. The Canadian Version - based on the true history of The RCAF Streamliners and The Army Show.

2. The American Version - based on the true history of The Glenn Miller Orchestra.

Show Synopsis - This exciting musical is both an adventure and a love story.  It features a live Big Band (a great opportunity for a joint venture between your Theatre Group and the local Big Band). It starts out in 1995 at the 50th Anniversary Reunion of the band where Michael and Annie are performing with a Big Band that is entertaining the reunion guests.  While Michael is watching the slideshow of the pictures of the War Band he makes a wish, "I wish that I had been alive back then, playing Jazz when it was hot and entertaining the troops on the front lines".  His wish comes true thanks to his guardian angel and he is transported back in time to the end of World War II as the piano player for the war band.

The rest of the musical follows his adventures in Europe and the adventures of the band as they create an authentic War Show.

Includes - Libretto, band charts, multimedia slide show, on a CD, templates for posters and flyers. Also a CD of original cast recording and a CD of the songs without the vocals for rehearsals.

To see pictures of the original cast production click here. 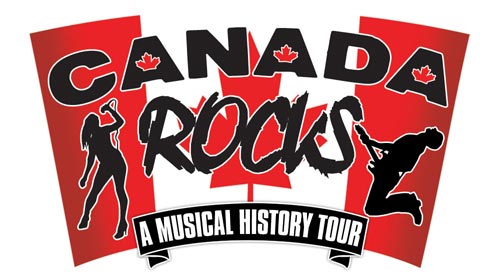 A Live show - featuring a nine piece band that takes the students and audiences on a musical journey from the 1950’s to the present.  This lively entertaining show demonstrates to students how music developed from the beginning of Rock & Roll to the music they listen to today.

Large multimedia projection screens - displaying images of the groups from the different eras, important historical events in our musical time line, and at the same time showing students how fashions, dances, transportation and teenage culture have changed over the decades.

Interactive Educational Website - We also provide teachers with an interactive website that has a unit on the History of Rock & Roll in Canada including: Teacher and student resources - lesson plans – rubrics – timeline - bios on the groups and artists - MP3 samples -  video footage - project suggestions - music theory instruction -  downloadable music charts for stage band (Canada Rocks Medley), and an on-line unit summary evaluation for the students to complete.

Our call centre arranges all the venues, booking classes to attend the school shows, and sending out publicity.  All you have to do is form a band, rehearse the show and perform.  We take care of the business - you take care of the show.

For more information go to www.canadrocks.biz.

For more information on licensing performance rights to our shows or a Canada Rocks franchise call 1-613-438-0444 or email dan@shaerproductions.com.